Siberian cats are known for their hypo-allergenic characteristics. Allergic reactions to cats, an occurrence more common than allergies to dogs, is caused by a protein in the saliva called Fel d1. Siberian cats have the lowest level of this protein in the cat world.

Some statistics state that about 75% of all allergy sufferers are not allergic to Siberians, we have however only had one case so far of someone reacting to our cats, so the percentage is probably even higher.

Information on the Breed

The Siberian, Russia’s native forest cat, first appeared in recorded history around the year 1000 and hails from the unforgiving climate of Siberia. It lived about 200 years in a natural state in Siberia. It is a natural breed with no human intervention.

Siberians are considered one of the largest domestic feline cats because of its large and dense bone structure. Its coat is semi-long haired and comes in many colours and colour patterns. Because of the extreme cold, the Siberian has developed superior surviving qualities such as thicker skin and dense water resistant fur. 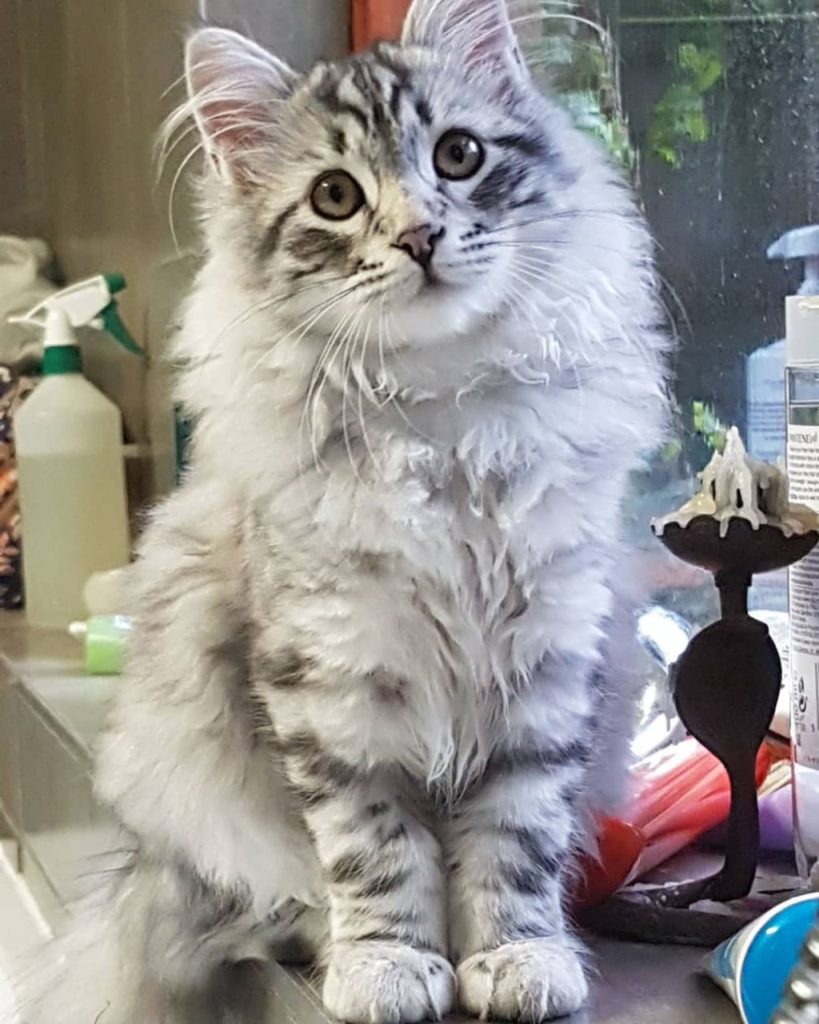 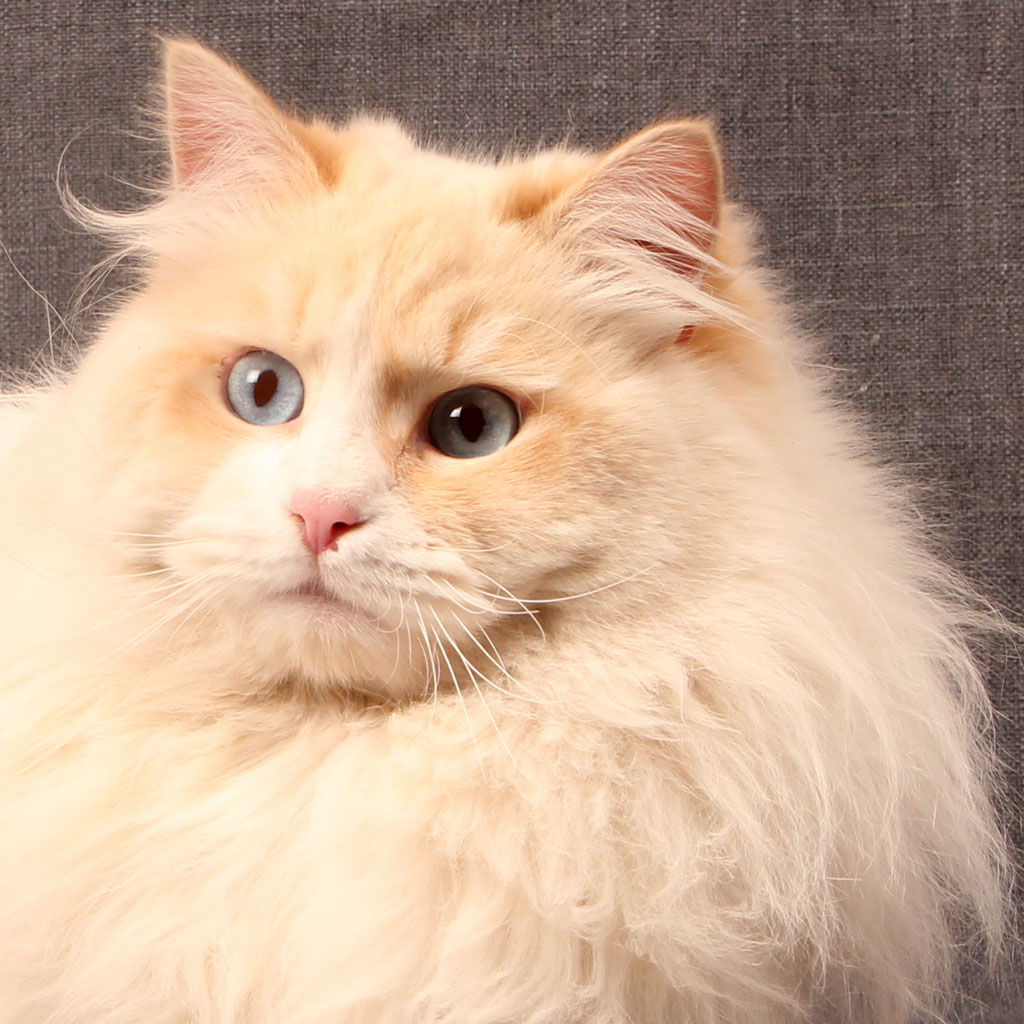 Newskij’s Cattery in Germany began in 1987 with Mussa and Tima from St.Petersburg. In another part of Germany Siberian Cats were bred even before 1985. The German cattery “vom Schlosspavillon” was founded in 1987 and has been actively breeding Siberian Cats until today. The breed was introduced to the USA in the early 1990’s by Starpoint Cattery.

The breed is extremely slow to mature, taking as long as 5 years. Adult males (8-10 Kg) are usually larger than the females (5-7Kg) and allowances should be made for a size differential between males, females and young juveniles. No outside breeding is allowed.

Siberians are known to be dog-like. The Siberian tends to be both a great problem solver and also, rather like dogs, is loyal to its adopted family which is why they are so well suited to the households in which one spouse, usually a husband or significant other, professes to be a “dog person” not a “cat person.” Often it is that same “dog person” who is greeted at the door by their Siberian and after being dutifully followed around the house by their Siberian then decides that one Siberian is simply not enough!

They are more dependent on human interaction than and tend to bond closer than other feline breeds. This also creates a situation that provides for easier training. Siberians are powerful cats, but rarely injure their human friends, even in play. They purr very loudly and love to head butt their favourite humans.

They are not very vocal but quickly establish communications through body language. Because of the obvious reasons above and many amazing others, the Siberian cat and kitten are rapidly becoming the pet of choice for many families. Siberians are extremely agile and can leap great distances and heights to “fly through the air with the greatest of ease!”
Grooming of the Siberian is not very demanding. A bath is not a necessity unless they have an accident (mud, diarrhea…). They will shed intensely twice a year, in spring and autumn.

The greatest trait however is that the Siberian is considered to be the most hypo-allergenic cat and it it is rare that people who typically react to cats will have an allergic reaction.

All about Cats Annual  2014
Short overview on the Siberian breed

Article on the Siberian breed
Article about breeding Siberian 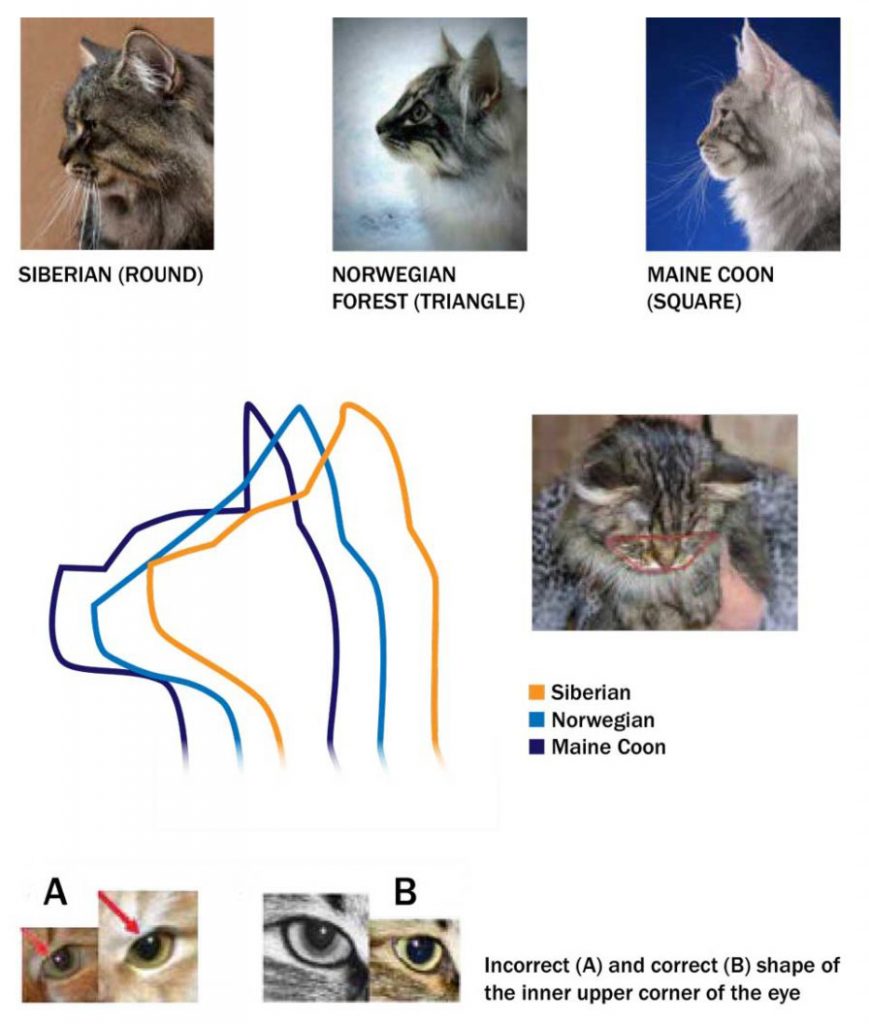 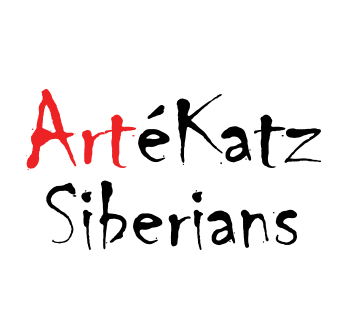